Ken Schutz has held executive leadership positions at cultural institutions for more than 35 years, and he has been at the helm of the Desert Botanical Garden since 2001. During his tenure there, he has managed the construction of $35 million in new exhibits and facilities, doubled local attendance, initiated dynamic new education and research projects and raised more than $15 million in gifts and pledges for the Garden’s endowment.

When Ken first interviewed to be the Garden’s Executive Director in 2001, the search committee described his ultimate task as making sure the Garden no longer remained Phoenix’s “best-kept secret.” He and the Garden’s leadership team have met that challenge head-on, and Ken describes his greatest professional satisfaction as the regional and national prominence the Garden has achieved for its excellence in desert plant conservation and exhibition.

On a national level, Ken was appointed to the board of the Institute for Museum and Library Services by President Obama in 2016, and will complete his 5-year term in 2021. He served as an accreditation commissioner for the American Alliance of Museums from 2015 to 2019, and as President of the American Public Gardens Association from 2013 to 2015. Ken was selected as a Piper Fellow by the Virginia G. Piper Trust in 2003. Prior to moving to Phoenix, Ken held the position of Executive Director of the Science Museum of Western Virginia, and before that he was Director of Marketing and development for the Baltimore Zoo. He holds an M.B.A. from the University of Virginia, an M.S. degree from Johns Hopkins University and a B.S. from Bucknell University. Margie Burke joined the Garden as Chief Financial & Operating Officer in March 2019 with over 30 years of financial management experience in both the public and private sectors. Burke’s most recent position as CFO at Hospice of the Valley makes her uniquely qualified to join the Garden’s leadership team. She is responsible for the strategic leadership and operations of the Finance, Human Resources, Information Technology and Facilities Operations teams.

Burke is an active member of Soroptimist International of Phoenix and an officer on the Golden West Region Board. She is also involved with Hushabye Nursery, a local not for profit and is currently serving as Treasurer. Burke is also a member of the American Institute of Certified Public Accountants, Arizona State Society of CPAs and Financial Executives International. Burke received her Masters of Business Administration from University of Phoenix and Bachelors of Science in Accounting from Northern Illinois University. 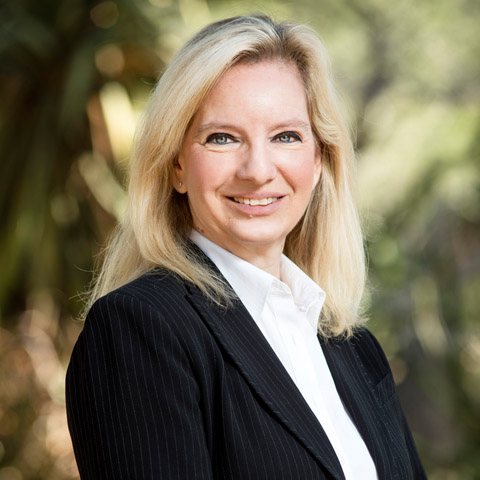 Dr. Kimberlie McCue joined the Garden in 2009 as Program Director, Conservation of Threatened Species and Habitats. In 2017, she was promoted to Director, Research, Conservation and Collections and in later to her current position. Her overarching goal at the Garden is to provide leadership in development, coordination, and management of a high quality integrated program of research, conservation, collections, and horticulture in desert plants and habitats, with the goal of positioning the Garden as a leader, regionally, nationally, and internationally. Kimberlie holds a bachelor’s degree in education from Missouri Western State College and a Ph.D. in biological science from the University of Missouri-Columbia. In 2013, Kimberlie received a Virginia G. Piper Fellowship to explore conservation marketing, messaging and promotion. 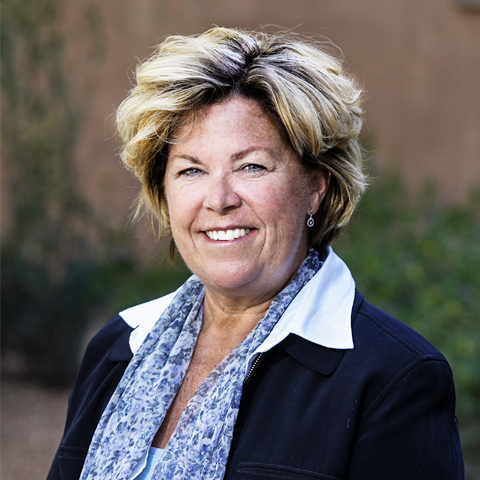 Elaine McGinn joined the Garden in 1997. In partnership with the executive director and senior staff, she provides leadership in Garden planning and visitor engagement strategies. She leads Garden teams who are responsible for visitor experiences, including exhibits, events, education, and marketing to identify long-range visitor experience goals and develop planning strategies for expanding audience development and engagement. She has extensive experience in exhibit development and design, master planning, and interpretation. During her tenure with Desert Botanical Garden, she has led major exhibit initiatives including new permanent displays, interpretive planning, seasonal butterfly exhibits and annual art exhibitions. Elaine holds a bachelor’s degree from Eckerd College and completed an executive leadership program at the University of Michigan. Elaine received a Virginia G. Piper Fellowship in 2009 to study garden design and the exploration of place-making. Mike Remedi has more than 20 years of fundraising and advancement experience. Having grown-up in Phoenix, Mike has dedicated his career to strengthening organizations for Arizona. In January 2022, the Garden brought Mike on board as its first Chief Development Officer. In this new role, he is building a new philanthropic strategy for the Garden, with a special focus on growing the contributed revenue from annual, major and planned giving donors.

Previously, Mike held various leadership roles at Arizona State University. During his 17-year tenure at ASU, Mike raised more than $75M for capital campaigns to support students, faculty and facilities. Consistent with his commitment to public service, Mike has served on several community boards and is excited to find new ways to represent the Garden to all Arizonans. Bruce Bergen joined the Garden as Controller in October 2018, and has more than thirty years of financial management experience with not-for-profit organizations. His most recent position was Director of Finance and Administration for a private grant making foundation in Philadelphia. Bergen is responsible for financial and tax reporting for the Garden and Foundation. Kevina Devereaux joined the Garden in 2019 in the Human Resources department as the Manager of Workforce Development & Diversity. In 2021, she was promoted to Senior Director of Social Responsibility & Inclusion. She oversees the Garden’s inclusion, diversity, equity, and accessibility (I.D.E.A.) strategy, coordinates organizational efforts to reach I.D.E.A. goals, and strengthens community relationships to cultivate a fully inclusive organization representing the community. She also manages the Garden’s partnership at Spaces of Opportunity, a 19-acre incubator farm, family gardens, and on-site farmers market in South Phoenix that helps families have affordable access to healthy food and active living.

In continuing her passion with working with public gardens, Kevina also serves on the I.D.E.A. and Nomination Committees for American Public Gardens Association (APGA).

She received her Juris Doctor from Loyola University New Orleans College of Law and Bachelor of Arts in Political Science from Dillard University. Marcia Flynn joined the Garden in 2000, and has more than 25 years of event management experience. As Senior Director of Event Services, she is responsible for the management and strategic leadership of overall operations and budget of the department, which includes special and seasonal events, concerts, weddings and facility rentals, fundraisers, group tours, plus the food and beverage program and retail operations, including Gertrude’s Restaurant and the Garden Shop.

Her leadership has led to incredible growth of the Events department, crowned by the annual Dinner on the Desert and the beloved Las Noches de las Luminarias each holiday season.

Marcia and her team have developed and established compelling events and programs designed to generate revenue, engage new and diverse audiences, while reflecting and meeting the mission and values of the Garden. Additionally, she has cultivated invaluable partnerships with local nonprofits, performing arts venues and vendors, with whom they have contributed to building the Garden’s success.

She is a graduate of the University of Wisconsin-Madison, with a bachelor’s degree in International Relations and International Business. James Gentile joined the Garden in 2018 and provides strategic leadership for the continued development of an innovative, robust, and secure information technology environment. James is responsible for developing and maintaining the vision, integrity, stability and functionality of core technology infrastructure and business systems. James provides significant executive leadership as a member of the Garden’s Senior Staff as well as acting as a key technical liaison with the Board. Prior to joining, James spent over 20 years in informational technology roles in both the private and public sectors. He holds a M.S. from University of Phoenix and a B.S. from DeVry University, both in Computer Information Systems. James also holds a Project Management Certificate from University of Phoenix and has the follwing active certifications from ISACA: Certified Information Security Manager (CISM), Certified in Risk and Information Systems Control (CRISC), and Certified Data Privacy Solutions Engineer (CDPSE). Amber Ramirez joined the Garden’s development department in 2015.  In 2021, she was promoted to Senior Director of Philanthropy, Estate & Major Gifts. She leads advancement programs, helping donors craft their estate, major and capital gifts to support the Garden’s operating fund, endowment and strategic initiatives. Prior to joining the Garden, she practiced trusts & estates law for six years as a licensed attorney in California and Arizona.

Amber currently serves on the Editorial Advisory Group for Public Garden magazine and is a past board member of Planned Giving Round Table of Arizona and Arizona Center for the Blind. She received her Juris Doctor from California Western School of Law and her Bachelor of Science in Urban Planning from Arizona State University. She is also a proud mom of twin girls, and along with her husband, enjoys seeing them discover the magic of nature. Courtney Stanford is responsible for managing the front line visitor and member experience. She started with the Garden in 2018 as the Membership Manager.  Since 2019, she served as the Program Director, Membership, where she focused on program growth and increased retention of member households. Prior to joining the Garden, she was President of the Lauderdale-by-the Sea, FL Chamber of Commerce, where she developed programs for member growth and tourist outreach, while also serving as the Broward County Association of Chamber Presidents’ liaison to the Marketing and Advisory Committee of Visit Lauderdale. She has held numerous positions throughout her career in development, annual giving and membership, which include the University of Colorado, Scripps College, and The Huntington Art Museum and Botanical Gardens. She holds a BA in history from Scripps College. Dana Terrazas joined the Garden in 2016 with 22 years of experience in media relations, advertising, marketing, promotions, special events and community outreach. Prior to the Garden, Dana worked at ASU Gammage, Heard Museum and Child Crisis Arizona. She is a graduate of Northern Arizona University and won numerous Copper Anvil awards from the Public Relations Society of America (PRSA) and Copper Quill awards from the International Association of Business Communications (IABC). Dana is currently a board member of Tempe Tourism. Since 2016, Halee has led the facilities and operations team in developing an emergency management plan and asset replacement process. Halee has also held roles in membership and development at the Garden, and her responsibilities included growing the membership base. She has more than 15 years of experience in nonprofits.  She holds a bachelor’s degree in marketing from Arizona State University. Tina Wilson is a graduate of the University of Kentucky with a master’s degree in plant science. She has 23 years of experience in horticulture, public education and science. Tina leads the horticulture department in the care and cultivation of the Garden’s Living Collections along with the amazing plant displays and trails visitors experience in the Garden. She leads the management of the greenhouses, shade houses and learning labs located in the Hazel Hare Center for Plant Science in addition to management of the Desert Landscape School and bi-annual Plant Sale event. Her current projects focus on the creation of digital curriculum for the Desert Landscape School, construction of new state-of-the-art greenhouses and care of the accredited Cactaceae collection. Kelsey Wolf-Donnay joined the Garden in 2014 and became Senior Director of Philanthropy, Individual Giving in 2022 after serving as a co-interim senior director for the Membership & Philanthropy team. She has fostered deep relationships with members, donors, volunteers, and trustees during her tenure to further the Garden’s mission.

She and her team focus on cultivating and stewarding donors through various programs such as the annual fund and the Garden Fund, Emerging Leaders and Patrons Circle philanthropic memberships. In addition, her team plan Fund the Farm and Conservation Celebration annual fundraisers.

Kelsey holds a bachelor’s degree in nonprofit leadership and management from Arizona State University. In 2021, she became a Certified Fund Raising Executive. She was recently appointed to the board of directors for the Association of Fundraising Professionals, Greater Arizona Chapter.