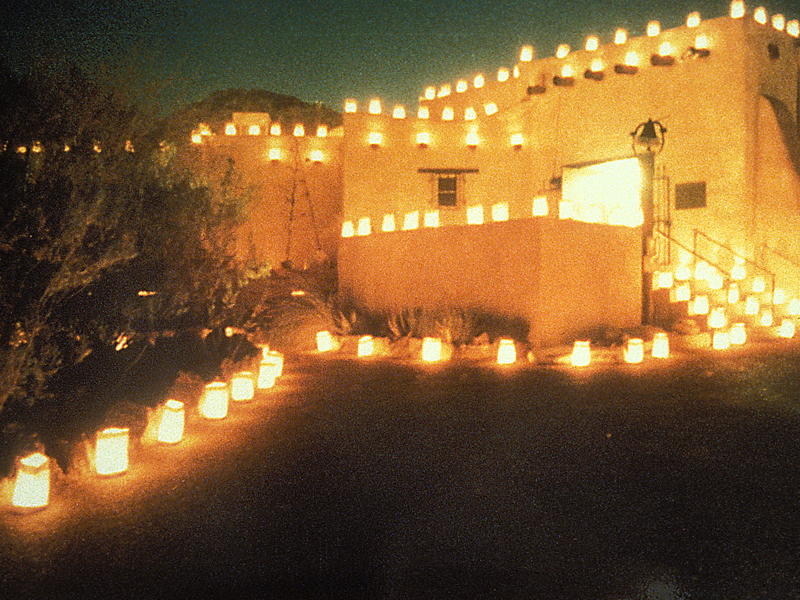 Desert Botanical Garden’s longest-running tradition is Las Noches de las Luminarias (Luminaria). On a cold December night back in 1978, volunteers and staff worked to light 700 luminarias and welcome 600 guests for a one-night experience at the Garden. The idea for Luminaria came from the executive director at the time, Rodney Engard, in collaboration with staff and volunteers. Engard wanted to create a holiday event, that represented the Southwest and complemented the beauty of the Garden, that was a gift to the community. “Knowing Rodney and the way he thought, Luminaria was brought to the Garden as a truly special evening to be shared with the entire community. He knew Luminaria was a Southwest tradition, and it can also be seen as homage to the plants. Community, plants and showing gratitude was the cornerstone of what Rodney was trying to celebrate,” says Wendy Hodgson, senior research botanist and herbarium curator and one of the only current staff members who was present at the first Luminaria.

Luminarias are created using a brown paper bag, sand and a candle. At the first Luminaria, volunteers and staff spent hundreds of hours folding bags, filling them with sand and placing them around the Garden. At the last minute, before guests arrived, all 700 luminarias were lit by hand. As visitors made their way through the softly lit Garden, cookies and hot cocoa were handed out. The evening proved to be a success, resulting in expanding to two nights, adding luminarias to the Plants and People of the Sonoran Desert Trail, and the inclusion of music the following year. 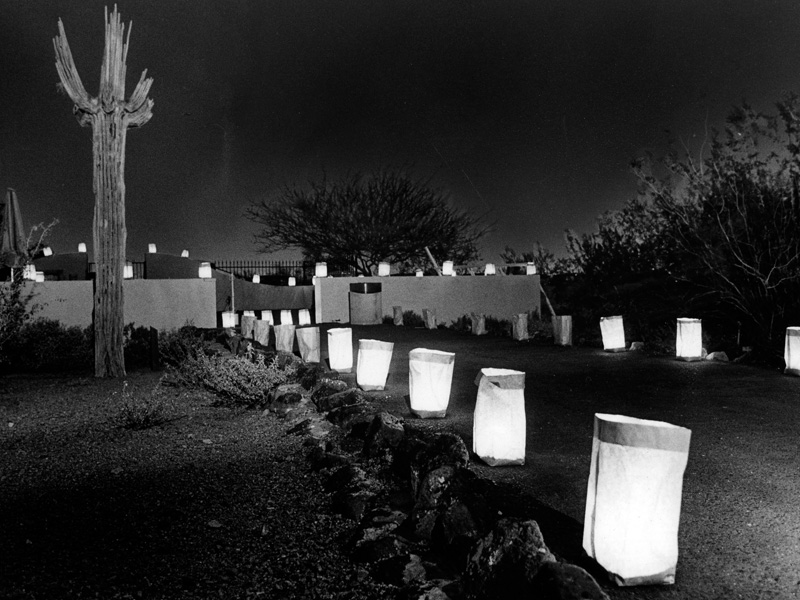 Luminaria continued, always growing and improving with each year. Some entertaining highlights and interesting facts include:

Many of the same traditions still hold true more than 40 years later. Luminarias are placed, lit and snuffed by the hands of staff and volunteers. New traditions have been added, such as twinkle lights on trees throughout the Garden. Adding more nights, luminarias and entertainment to the celebration of Luminaria helps the Garden enhance its longest-running tradition every year.

Experience Phoenix’s favorite holiday tradition at the Garden on select nights from Dec. 3-31. Get your tickets today.